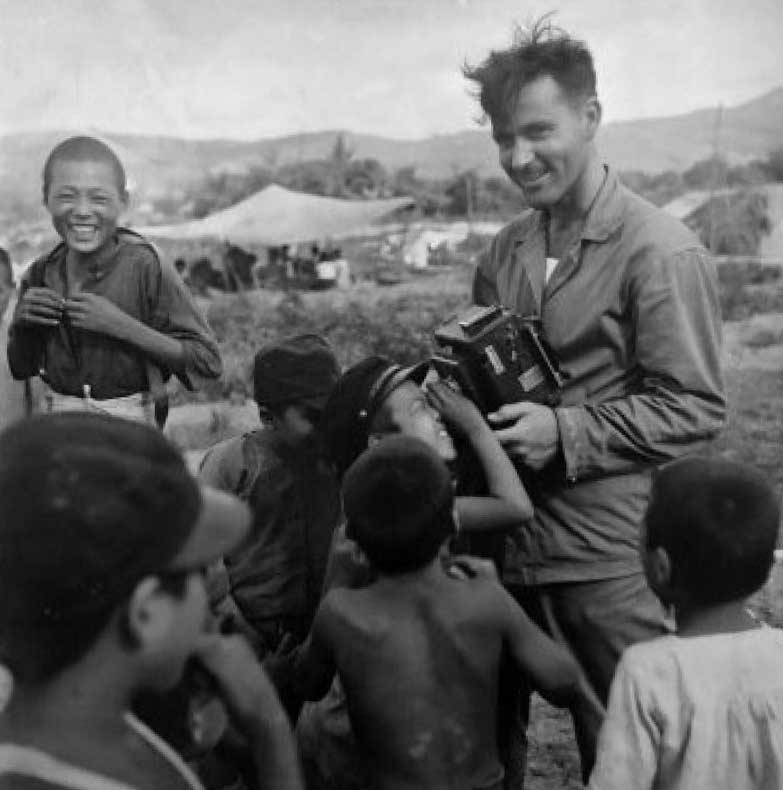 Stanley Troutman (1917 – 2020) was one of the first American journalists to document the destruction of Hiroshima and Nagasaki after the atomic bombs had been dropped. Along with one other photographer and ten correspondents, they landed in Hiroshima a month to the day after the explosion. From the airplane as they prepared to land Stanley could see the amount of damage, describing the effects of the bomb as “a pebble dropping into a lake.”

The waves of the bomb spread far and wide, wiping out some areas while jumping over others. “It was hard for me to realize one bomb could do so much damage.” Stanley photographed Japanese civilians with burns on their bodies along with rubble and desolation the bomb left in its wake.