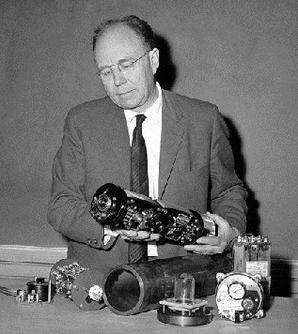 Edgerton partnered with Kenneth Germeshausen and Herbert Grier to form “Edgerton, Germeshausen, and Grier” (EG&G) in 1947. EG&G became a prime contractor for the Atomic Energy Commission and had a major role in photographing and recording nuclear tests for the US through the fifties and sixties. For this role Edgerton and Charles Wykoff and others at EG&G developed and manufactured the Rapatronic camera.