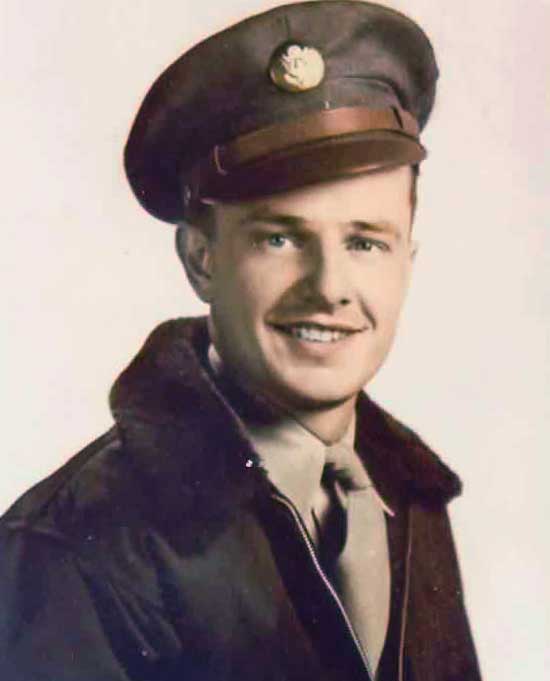 Technical Sergeant George Robert (Bob) Caron (October 31, 1919 – June 3, 1995) was the tail gunner aboard the B-29 Enola Gay during the historic bombing of the Japanese city of Hiroshima on 6 August 1945. Caron was also the only photographer aboard, and took photographs as the mushroom cloud ascended. Of the four 509th Composite Group aircraft assigned to the Hiroshima bombing, Caron’s camera and two others captured the explosion on film. Immediately before the mission, the 509th’s photography officer, Lieutenant Jerome Ossip, asked then Staff Sergeant Caron to carry a handheld Fairchild K-20 camera. After the mission, Ossip developed photos from all the aircraft, but found that the fixed cameras failed to record anything. Film from another handheld was mishandled in developing, making Caron’s the only official still photographs of the explosion. 2nd Lt. Russell Gackenback, Navigator aboard then unnamed Necessary Evil, took two still photographs of the cloud about one minute after detonation using his personal AFGA 620 camera. A handheld 16 mm film camera on The Great Artiste captured the only known motion film of the explosion.[4] Caron’s photographs of the explosion were printed on millions of leaflets that were dropped over Japan the next day. https://en.wikipedia.org/wiki/George_R._Caron