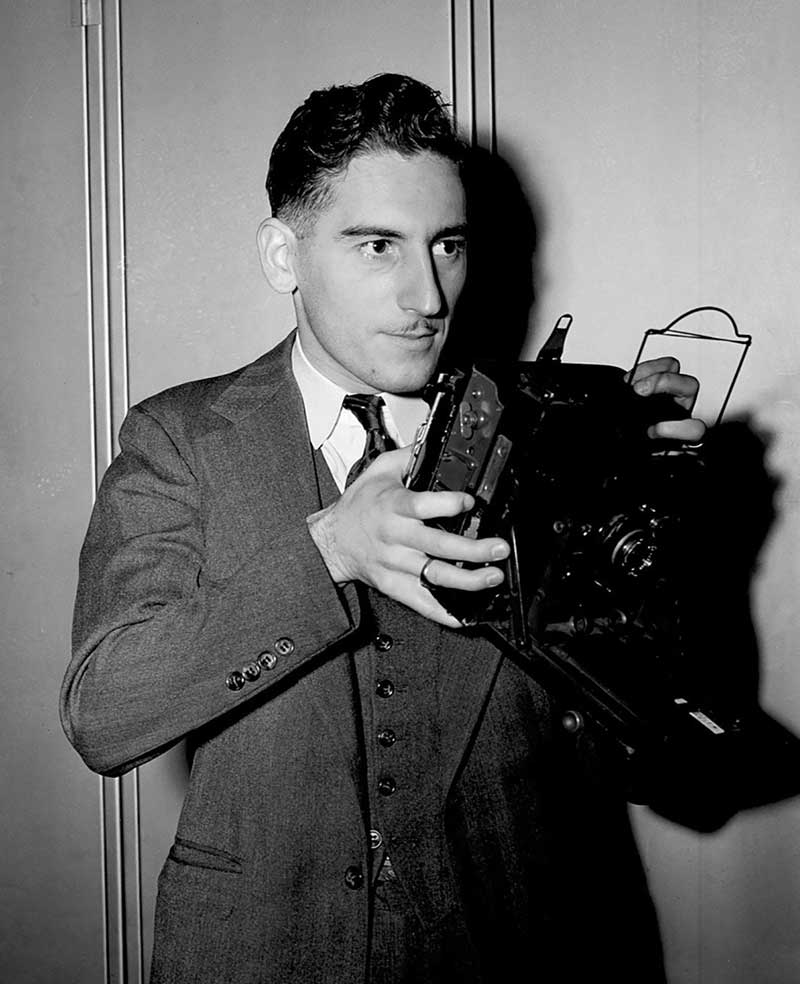 AP staff photographer Max Desfor poses with a press camera in 1939. Desfor received the 1951 Pulitzer Prize for Photography for his coverage of the Korean War.

Max Desfor (1913 – 2018) was an American photographer who received the Pulitzer Prize for his Korean War photograph, Flight of Refugees Across Wrecked Bridge in Korea, depicting Pyongyang residents and refugees crawling over a destroyed bridge across the Taedong River to escape the advancing Chinese Communist troops.

Soon after the United States entered World War II, Desfor tried to enlist in the Navy but was denied because of his age and his being his family’s sole source of income. He then became a wire service war photographer assigned to the staff of Admiral Chester W. Nimitz’s Pacific fleet. In August 1945, Desfor photographed the Enola Gay’s crew upon their Saipan landing after dropping the atomic bomb on Hiroshima. He was also present to photograph Japan’s official surrender aboard the USS Missouri on September 2, 1945.