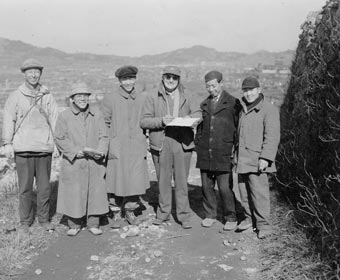 Hidetsugu Aihara was part of a scientific team responsible for documenting the physical and biological devastation of the atomic bombings of Hiroshima and Nagasaki. was deeply involved in the production of the A-bomb documentary film  Effects of the Atomic Bomb on Hiroshima and Nagasaki, shot in 1945, and is one of the rare films that shows the destroyed city and injured victims.

This film project, initiated by the Japan Film Corporation (Nippon Eiga-sha), was interrupted by the U.S. Army, then completed under mandatory supervision by the occupying forces. After completion, the film was confiscated and taken to the U.S. where it remained un-viewed by the public for more than 20 years. The film was finally returned to Japan in 1967, 22 years after the atomic bombings.