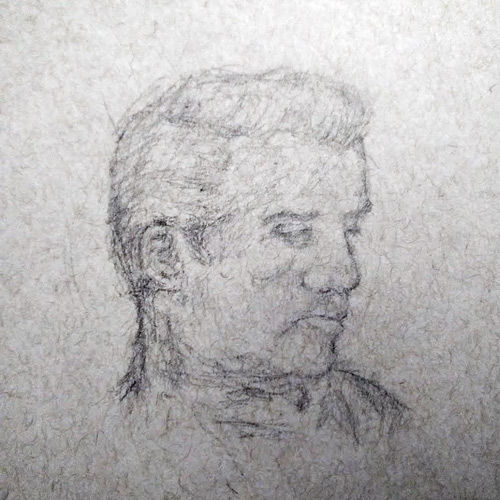 Gordon Belray is a visual artist and Information Architect at the University of Toronto.

His montage of the Trinity test, La Jornada del Muerto, was recently part of the Place exhibition at Manifest Gallery in Cincinnati, Ohio and will be published in their upcoming INPHA 5 (International Photography Annual). His work has been shown in the United States, Canada, Italy, Germany and Slovenia.

The Atomic Bombing of Nagasaki

Woman by house in Chernobyl

Dr. Stangelove or: How I Stopped Worrying and Learned to Love the Bomb

A reconstruction of Target 384 (a Soviet ICBM complex) from numerous stills beginning with the final frame of Bomber commander Major T. J. Kong riding the bomb to its detonation triggering the Doomsday Machine.

For a year, rumours had circulated among high-level Western leaders – – that the Soviet Union was at work on the “ultimate weapon”. A doomsday device. Intelligence sources traced the site of the top-secret project – – to the foggy wasteland below the Arctic peaks of the Zarkov islands. What they were building, or why they chose such a remote place, – – no one could say.