Mitsuo Matsushige 松重 三男, who was at home to recuperate from illness, witnessed an “orange ball” rising over Hiroshima following a flash of light and a blast. I took out the camera in a hurry and took three pictures, including mushroom clouds and smoke covering the sky above the city, from immediately after the crack to around noon.

There is also one shot of the truck heading north with the injured from home. “I couldn’t help shooting. I released the shutter only once to keep it in the record,” he wrote. 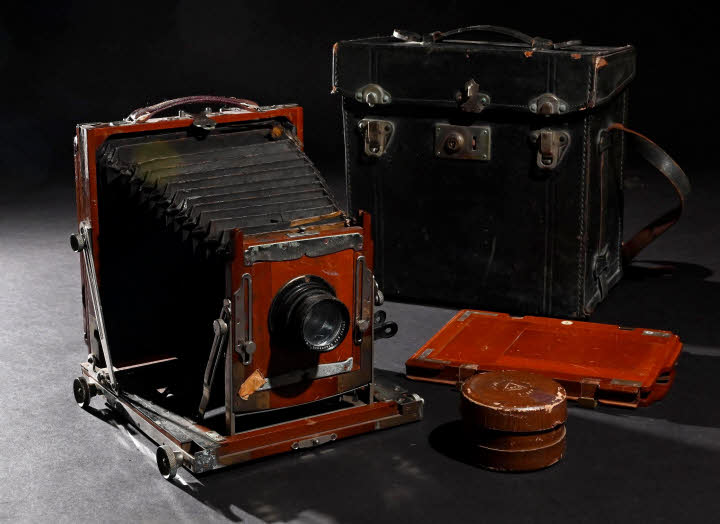 It is a wooden dark box about 25 cm in length and width, and it is an assembly type that extends the bellows and attaches the lens. Mitsuo Matsushige (died at the age of 78 in 1989), a Hiroshima Prefecture employee and X-ray engineer, used it for photography and donated it to the Hiroshima Peace Memorial Museum (Naka Ward) in 1978. He borrowed it from a photo shop through a colleague, but his colleague was killed by the bomb and the original owner is unknown.