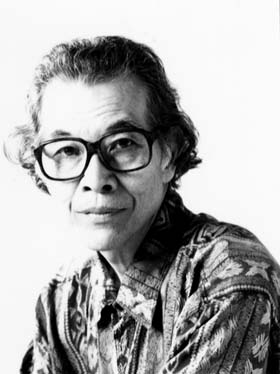 Kenji Higuchi’s photos depict people and situations that document the nuclear lunacy of our age – they are portraits of our own ignorance. For almost thirty years Higuchi has focused his camera on the nuclear industry’s silent victims. So long as the criminal corporations that are making a profit from nuclear technology succeed at selling accidents (they speak of catastrophes only when the human devastation portends financial ruin for themselves) as minuscule, harmless deviations from normal operations, so long as this art of propaganda continues, so too will the nuclear industry’s on-going licensed manslaughter. Many of Higuchi’s images can be viewed as indictments. His compelling set of images documenting the roving workers of Japan who perform “clean energy’s” dirty clean-up served as inspiration for a BBC documentary entitled, “Japan’s Nuclear Gypsies”.

Telling images need not cry out – what impresses may spring from quiet witness.Scattered across the island nation of Japan are 17 commercial nuclear power stations outfitted with 52 reactors. That makes Japan, per capita, one of the most nuclearized nations on earth. Yet, historically, there has been little public opposition to the tacit cooperation between the Japanese government and the nuclear industry. Thanks in part to Higuchi’s graphic work this is beginning to change. Conceived as a subtle, eye-opening account for students, teachers, and the lay public, “Irradiated Workers Disappear in the Dark”, one of Higuchi’s eight volumes of photography, became a surprise best seller. Even more successful was his book of images entitled, “This is a Nuclear Power Plant”. The term hibakusha formerly referred to the radiation victims of Hiroshima and Nagasaki. Higuchi’s images have extended its current meaning to include the many peripheral casualties of nuclear technology’s so-called peaceful use.

Kenji Higuchi is the eldest son of a farmer; at the age of twenty-four he was moved to take up photography after viewing Robert Capa’s famous anti-war photos. As a well-known professor of photography at three institutions in Tokyo, and as a veteran instructor at the famous Nippon Photography Institute, Higuchi could have made life easy for himself, become comfortable, but the usual career ladder never attracted him. The man with the gifted eye instructs his students: “Telling images need not cry out – what impresses may spring from quiet witness.”
source: http://www.nuclear-free.com/eng/higuchi.htm