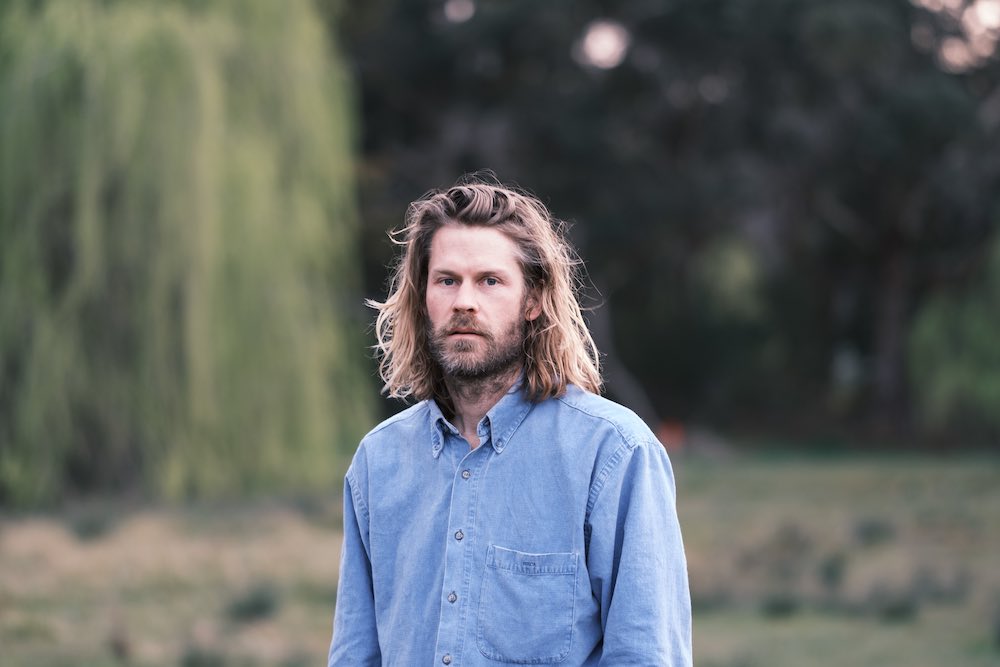 I began making photographs of Australian uranium mining sites in the early 2000s whilst working as an applied ethicist in the institutional investment industry, although I did not begin exhibiting or publishing my photography until 2009. It was at this time that I began experimenting with narrative and visual auto-ethnography—or, writing the self—as a means to work through various familial traumas. Notable works of nuclear auto-ethnography include my 2015 exhibition, Nuclear Deferral, which was shown in Australia, Europe and the United States, and the 2019 essay, “Encounters with nuclear space and time”, which was awarded the inaugural Alan Roberts Prize for Nuclear Culture by the scholarly periodical Arena. In 2020 I became a member of the Atomic Photographers Guild, and in 2021, I accepted an invitation to join the advisory board.

The process of making photographic images, and the decision to publish some of them, has increasingly informed how I both comprehend and communicate the spatial and temporal enormity of nuclear harms. As a researcher-photographer, I am currently working on two projects. The first project, based on my award-winning doctoral research, (re)constructs the Antipodean anti-nuclearism of the pioneering environmental philosopher Richard Routley/Sylvan based on archival research. This process is being photographically documented in order to enliven both the archive and my process of accessing it, and will form a companion born-digital publication to a printed monograph in the advanced stages of development. The second project approaches the Australian nuclear fuel cycle as future cultural and environmental heritage—a critical site for understanding nuclear heritage internationally because it is both home to the world’s oldest continuous cultures as well as one third of all known uranium. Here, photographic stills and film contribute to what I call Australia’s nuclear archive, and offer a vehicle for drawing wider attention to the fact the most enduring materials of human heritage will be radioactivity.

In addition to my nuclear visual-ethnography, my contributions to the broad interdisciplinary field of the Nuclear Humanities cohere around the themes of dialogue, reimagining and archiving through the prism of the Antipodes. On these themes, I have co-authored or edited two books, Athens Dialogue on a Middle East Zone WMD Free Zone (European Public Law Organisation, 2013) and Reimagining Hiroshima and Nagasaki: Nuclear Humanities in the post-Cold War (Routledge, 2017), as well as two special issues, “Re-imagining Hiroshima” (Critical Military Studies, 2015) and “Reimagining Maralinga” (Unlikely: Journal for Creative Arts, 2018). A major work of Antipodean anti-nuclearism is also in the advanced stages of development.

“I have been to that place that you should never go. Located 420 metres below the Earth’s surface, and accessible only by navigating through over five kilometres of tunnels, Onkalo is the world’s first deep geological nuclear waste repository. Hewn into bedrock at 61°14’08.02″N 21°28’58.69″E on Finland’s southwest coast, the facility is intended to isolate high-level radioactive material from people and Earth’s biosphere for the next 100,000 years.

The nuclear barons refer to this as “final disposal”, although it is perhaps more accurately described as deferral, since we have no way of being certain that Onkalo will remain effective for even a fraction of that timespan.

The first series of images has been printed and exhibited with bare photographic archival materials that are known to fade and decay in a mere one hundred years. This is deliberate, for the images chase a string of green lights which are designed to lure us towards a refuge chamber. To be used only in the event of an emergency, it is such details that remind us that Onkalo is a gravely dangerous place, in which even now we don’t truly belong. These are however temporary measures and impermanent installations which will be removed when Onkalo is entombed sometime in the next century. No intruder after this date will find refuge there.”

The second series of images catalogue select human artefacts and other details—such as plastic pipes, painted walls, drilled test holes, and mosses—that will be inadvertently entombed along with Finland’s radioactive material. The medium selected to do so is stoneware ceramic fired at 1200°C so as to withstand a five kilometre ice shield, as well as other radiation, magnetic, and chemical interferences.

Original copies of the tablets on display have been deposited into chambers measuring 5x5x3 metres which are nestled deep inside salt deposits dating more than forty million years old. The facility, known as the Memory of Mankind and located at 47°33’19.82″N 13°38’43.74”E in Hallstatt, Austria, has been purpose-built within saliferous (i.e., flowing) rock that will have wholly-encased the works by 2050 with no foreseeable imbrication (i.e., overlapping) points. The stoneware medium and salt storage method promises to preserve the images for at least 10,000 years.”

“[…] in October 2016, I was invited to design and deliver a course in the emerging interdisciplinary subfield of the nuclear humanities to students at a prestigious liberal-arts college in the United States. As part of the second day of the course I asked the students to visualise nuclear harm—prompting them to consider what it looks and feels like—in the form of a jigsaw exercise performed on their own and in smaller groups before they reconvened to present the visualisations each group had settled on with the entire class.

Specifically, I asked students to select two images that best depicted ‘the (il)logic[ality] of nuclear deterrence’ and ‘how nuclear harms violate bodies and/or biospheres’, in addition to three images that illustrate ‘what nuclear pain, suffering and vulnerability looks and/or feels like’. When the class reconvened, each of the groups reported having encountered archival photographic images of atomic survivors—or hibakusha—of the nuclear attacks on Hiroshima and Nagasaki. These sorts of images confronted an underlying ‘humanity’, or concern for others, many seemed to say. Although, more interestingly still, most of the smaller groups decided that it was not appropriate to share these images, even within class, to other students whom they might reasonably expect had seen the images themselves.

When I probed for reasons as to why, each group’s spokesperson—and also various other individuals—expressed a responsibility for the attacks, either as Americans or as human beings, and some felt quite strongly that this burden extended to (re)distributing the images alone. Instead, some groups decided to eschew mimetic representations of the nuclear attacks that graphically depicted human suffering and instead selected artworks, comics or scenes from manga and anime that in some way stood in for the pain, suffering and vulnerability of the hibakusha. Others averted their gaze altogether from depictions of human suffering and instead looked towards the destruction of the built environment, most notably the A-Bomb Dome—or Prefectural Industrial Promotion Hall—that stands in the Hiroshima Peace Memorial Park today as a marker of human folly and a call for a future peace that we are yet to realise.

In response to the presentations, a debate between students ensued about whether the presence or absence of a human being made any difference to what nuclear harm looks and feels like—just as my string of questions had intended for them to do. Without any of the students expressly acknowledging it, what was at stake appeared to be not merely a battle over the appropriate emotional response, or the limits of responsibility, but a philosophical puzzle concerning the moral status of—and human solidarity with—nonhuman beings and things. As the class adjourned for lunch and the chatter continued down the hall, I reflected upon how unexpectedly effective this experiential and discovery-based pedagogical exercise had been for reaching people with very little nuclear knowledge of any kind. Through visualising nuclear harms my students had grasped how vexing the task of adding ecology to the problem of nuclear harm could be.

It was not until the next day, however, as I led a small number of the students on a field trip to Hanford—which produced the plutonium for the Trinity nuclear-weapons test and the Nagasaki device—in the very early hours of the morning that I realised how formative this encounter had been for them, too. As we critically evaluated the ways in which the Manhattan Project was memorialised and commemorated by the government-sponsored tour guides, one of the students remarked that there was surprisingly also ‘very little to see, but everything to feel’.”

Within days [of leading a workshop to Hanford] I was travelling interstate with two colleagues—my sponsor, Shampa Biswas, and my long-time collaborator Stefanie Fishel—to the annual open day of the Trinity nuclear-test site at Alamogordo, New Mexico. The car trip enlivened the literature I had been reading, as did the opportunity to visit what many were only just beginning to consider the birthplace—or marker—of the Anthropocene.

Located at White Sands Missile Range, a 3200-square-mile military facility deep in the New Mexico desert, the site is, to paraphrase Jeffrey Masco (2006), uncannily nuclear. Without such knowledges, as that student had remarked a few days before, one would not sense a thing. As we waited to enter the facility in our car we joked about publishing a co-authored piece on our fieldwork as a piece of narrative nuclear politics. We discussed the possibility—and the need—to evaluate what actually experiencing the commemoration and memorialisation of the Manhattan Project for the first time might mean for the production of nuclear knowledges, but also whether the encounter had any bearing on our understanding of the nuclear Anthropocene. After all, the Trinity test was so called, Carol Cohn (1987) reminds us, because it symbolises ‘the unity of the Father, the Son, and the Holy Spirit—the male forces of Creation’.

Although that piece lies dormant in sketch form, it is clear that we each saw and felt differently. For me, the remarkable and unexpected realisation was that the claims to expertise were mediated through technology—still and motion cameras, as well as Geiger counters. Indeed, Fishel and Biswas seemingly experienced an altogether different Trinity. Fishel directed my gaze to how gendered and racialised the site was, wherein predominantly white men speak (from mostly potted histories) and women listen (to a man’s highly contestable expertise). For Biswas, the trip only confirmed the colonial order to the nuclear age that she had pointed to in her book Nuclear Desire.

Thinking towards our book project under advance contract with Routledge on the nuclear Anthropocene, Fishel and I quickly became preoccupied with the encounter between humanity and ecology that continues to take place at the Trinity site. Despite our common goal, here too our perspectives violently differed: whereas Fishel began documenting signs of struggle and other entanglements within the site’s bounds, such as where mammals had burrowed their way inside, my mind drifted beyond the bounds of the site itself towards the mountain peaks and national parks that surround the facility. That is, whereas Fishel asked how the National Park Service would manage the (re)emergence of life within the chainlink fence, I wondered how the adjacent sites of conservation and refuge, established prior to the nuclear age, had been changed by the event. Through her post-colonial stance, Biswas gently reminded us—though never explicitly—that while we each sought to break out of the human frame of our intellectual traditions, we were ultimately caged by our own whiteness.

Several hours later, having seen relatively little but beginning to talk about feeling a lot, we made our way to our car and left.”

[Excerpted from the text: “Encounters with nuclear space and time“.]

For more information about N.A.J. Taylor other writings, see: https://nuclearhumanities.org