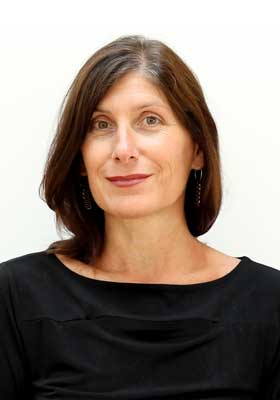 Mary Kavanagh is a Professor and Board of Governors Research Chair in the Department of Art, University of Lethbridge, where she teaches drawing and interdisciplinary studio. Her work is exhibited internationally, and she has contributed to numerous publications including Through Post-Atomic Eyes (McGill-Queen’s UP, 2020), and Prefix Photo 32: Occupying Forces (Toronto, 2015). Her work has been supported by grants from the Canada Council for the Arts, the Alberta Foundation for the Arts, the Saskatchewan Arts Board, and the Social Sciences and Humanities Research Council of Canada. Artist residencies at the Santa Fe Art Institute, the Center for Land Use Interpretation, and the Canadian Forces Artists Program, have resulted in long-term projects that operate the intersection of artistic and scholarly practice. With projects in Canada, Japan, Italy, and the United States (New Mexico, Utah, Nevada, Alaska), Kavanagh’s work is of particular relevance to current scholarship in nuclear culture, commemorative and Anthropocene studies. She is an advisory member of the Atomic Photographers Guild, and an Associate Member of the Centre for Documentary Studies, School of Image Arts, Ryerson University, Toronto.

Trinity Site, New Mexico, marks the historically significant testing of the world’s first atomic bomb on 16 July 1945, three weeks prior to the bombing of Hiroshima and Nagasaki, Japan. Today the area surrounding the original test site is named the White Sands Missile Range and remains active in the steady advancement of increasingly sophisticated military technologies. Two days each year, the WSMR Public Affairs Office hosts an Open House, during which thousands of visitors come to experience the place where the atomic age began.

In the making of Trinity 3, Kavanagh conducted hundreds of on-site interviews with visitors who have made the pilgrimage, often for complex reasons. By weaving together archival sequences of military personnel building the bomb, contemporary video portraits and interviews, as well as footage of the landscape itself, Kavanagh creates a filmic montage that is in turn jarring, poetic and inscrutable.

“On July 16, 1945, the United States detonated the world’s first atomic bomb, releasing atmospheric radiation and so marking the beginning of a new planetary story. This story is the setting for Mary Kavanagh’s exhibition, Daughters of Uranium, in which the nuclear era is rendered as a totalizing concept rather than as a specific event or period. Kavanagh’s approach is unique in the visual records of the post-atomic era. Through a precise combination of objects, sculpture, moving images and photographs, she produces an archival narrative that encompasses not only the desert site of the first atomic explosion but the post-war suburbs that expanded rapidly in its shadows, not only the laboratories that buzzed with scientific discovery but the homes where the cost of war was actualized in the slow decay of cancerous bodies. In contrast with the true invisibility of radioactivity, Kavanagh’s work frames a critique of militarism and military aesthetics through encounter and touch in order to understand how war impacts the body across generations and geographies.” Jayne Wilkinson

During a live-fly, simulated hijacking, staged across Alaskan and Russian airspace, Kavanagh flew on the “track of interest” as part of Exercise Vigilant Eagle 13, an elaborate trilateral exercise involving the United States, Canada, and Russia. The post-Cold War exercise was designed to coordinate air intercept missions against hijacked civilian aircraft. Four such exercises were held between 2010 and 2013 with future initiatives suspended due to renewed tensions over Russia’s incursions into the Ukraine.

The Utah Test and Training Range is the largest combined restricted land and airspace area in the United States. The south area includes the WWII Wendover Bombing and Gunnery Range, as well as Dugway Proving Ground, the Army’s chemical and biological weapons testing area. The north area handles most of the testing activities, conducted out of Edwards Air Force Base. Explosives of over 10 kiloton yield can be detonated here, currently the only facility in the country where such high yield ordnance disposal is permitted.

During an eight-week artist residency (2010-11) at the Center for Land Use Interpretation in Wendover, Utah, Kavanagh documented architectural remains and military detritus at WWII Wendover Air Force Base, training base for B-17 and B-24 bomber crews, as well as the  509th Composite Group, the B-29 unit that carried out the atomic bombings of Hiroshima and Nagasaki; U.S. Marines training for wars in Iraq and Afghanistan; salt, copper and magnesium mining operations; toxic waste disposal industries; and iconic land art such as Nancy Holt’s Sun Tunnels and Robert Smithson’s Spiral Jetty.

This structure is 200 by 228 feet, built to house the Boeing Super-fortress B-29 bombers, modified for atomic bomb missions and given a unique silver-plate finish. One of these planes was brought to Wendover on July 14, 1945 where it was stationed for two weeks before being flown to Tinian Island in the Pacific Ocean. On August 5 Lt. Colonel Paul Tibbets named the airplane after his mother, Enola Gay. The following day he piloted it over Japan and dropped an atomic bomb on Hiroshima. The Enola Gay Hangar in Wendover, a temporary holding place for the Enola Gay airplane, is a work of emblematic architecture that signifies the first deployment of an atomic bomb.