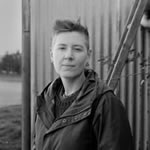 Jessie Boylan is a photomedia artist based in Castlemaine, Victoria. She explores issues relating to human impacts on the land and communities in relation to environmental and social devastation – like nuclear testing, mining and war. She is a member of the Atomic Photographers Guild, an international group who aim to render visible all aspects of the nuclear age and is a key artist in Nuclear Futures, an Australia Council-funded community arts project, which is exploring the legacy of the nuclear age through creative arts. Jessie is a lecturer in Photography at La Trobe University in Bendigo, Australia.

Between 1952 and 1963 the British Government performed nuclear weapons tests at Maralinga and Emu Field in South Australia and Monte Bello Islands off the coast of Western Australia. A total of twelve major nuclear tests were performed, and up to 700 minor ‘dirty’ trials were also conducted. Many Aboriginal people and nuclear veterans have either died or are still suffering the physical and psychological effects of these tests.

The first of the major test series at Maralinga was codenamed Operation Buffalo. It consisted of exploding four nuclear bombs, the first named One Tree was 12.9 kilotons equivalent. The fallout was found as far away as the Northern Territory, New South Wales and Queensland. These tests were heavily criticised as they were exploded in inappropriate conditions according to the McClelland Royal Commission, in 1985.

At 4:15pm on October 9th, 1957, Taranaki, the last of the seven major nuclear tests and last of the Operation Antler series, was detonated while suspended from a balloon. Official reports say that it yielded a massive 26.6 kilotons of TNT equivalent (almost twice as much as “Little Boy” the bomb dropped on Hiroshima in 1945). Evidence from the damage caused to props and trees in the vicinity suggest that it was much larger.

The Maralinga village, located over 1000km north-west of Adelaide in remote South Australia, hosted 8,000 Australian service personnel and 22,000 British personnel over the entire eleven years the project was underway. The village contained an airport, photography lab, bar, swimming pool, tennis court, football field, cricket pitch and cinema; not many of these structures are left today, but what does remain is overgrown and crumbling or converted to pits for radioactive debris.

In 2005, then Environment Minister, Brendan Nelson announced the federal government’s decision to establish a nuclear waste dump in the Northern Territory. At the time he said “Why shouldn’t people living in the middle of nowhere have a radioactive waste dump on their land?”. Inhabited aims to reveal the myth of uninhabited and lifeless places that is created by politicians and industry promoting nuclear activity in Australia.

From the British-Australian atomic tests in South Australia and Western Australia in the 50s and 60s to past and present uranium mines and the proposal for a national nuclear waste dump in Australia, Inhabited gives a face to the people most directly impacted by nuclear developments in Australia, but whose voices are the least heard.

*Please note, this exhibition was created in 2006/07 when the proposed national nuclear waste dump had 3 potential locations in the Northern Territory. As of 2011 is was planned for Muckaty Station near Tennant Creek in the NT; in 2014 the Muckaty Traditional Owners fought against the NT Government and the Northern Land Council and managed to win, preventing the waste dump from being built at Muckaty. The Australian Government has now returned to the drawing board, looking for a new site.