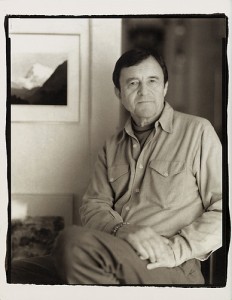 Dan Budnik’s work as a photographer covered more than a half-century. He is known for his photographs of artists, but also for his photo-documentation of the Civil Rights Movement and of Native Americans. Schooled at the Art Students League of New York (1951–53), Budnik began his career at Magnum Photos (1957–64) and went on to photograph for scores of publications such as Life, Fortune,Look and Newsweek. He has been a major contributor to six Time-Life books. Budnik received a 1973 grant from the National Endowment for the Arts for his work on the Hudson River Ecology Project and a 1980 grant from the Polaroid Foundation for Big Mountain: Hopi-Navajo Forced Relocation. Budnik was the 1998 Honor Roll Award recipient of the American Society of Media Photographers.